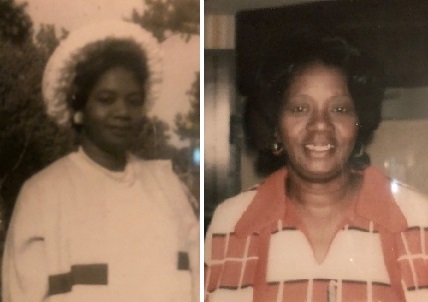 Hildred Jones-Drain was born on March 3, 1930 in Eldorado, Arkansas to the parents of the late Rev. Willie Fason and Mary Miller Fason. As a young girl, she grew up in Mansfield, Louisiana with her parents and sister, Marie. In 1946, she united in Holy Matrimony with the late Leander Jones. The Joneses had nine children. In addition to her nine children, Mrs. Jones raised four children from her husband’s previous marriage. Hildred later united in marriage to Ernest Drain, Jr.  After the second unsuccessful marriage, Hildred moved to Houston, Texas in 1978 and united with New Jerusalem Baptist Church where she remained until her death on May 14, 1992.

The Hildred Jones-Drain Community Scholarship will go to a high school student with outstanding service in the community. Hildred Jones-Drain was a pillar in the community; a mother, grandmother, faithful servant in the church, and motivator to everyone she came in contact with. Volunteering and giving back to the community is one of the most important things an individual can do. The characteristics of an outstanding senior for this award includes the following:

One recipient will receive a $500 Scholarship.